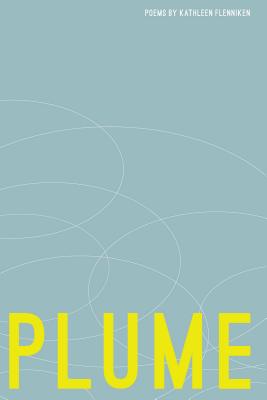 The poems in Plume are nuclear-age songs of innocence and experience set in the "empty" desert West. Award-winning poet Kathleen Flenniken grew up in Richland, Washington, at the height of the Cold War, next door to the Hanford Nuclear Reservation, where "every father I knew disappeared to fuel the bomb," and worked at Hanford herself as a civil engineer and hydrologist. By the late 1980s, declassified documents revealed decades of environmental contamination and deception at the plutonium production facility, contradicting a lifetime of official assurances to workers and their families that their community was and always had been safe. At the same time, her childhood friend Carolyn's own father was dying of radiation-induced illness: "blood cells began to err one moment efficient the next / a few gone wrong stunned by exposure to radiation / as he] milled uranium into slugs or swabbed down / train cars or reported to B Reactor for a quick run-in / run-out." Plume, written twenty years later, traces this American betrayal and explores the human capacity to hold truth at bay when it threatens one's fundamental identity. Flenniken observes her own resistance to facts: "one box contains my childhood / the other contains his death / if one is true / how can the other be true?"

The book's personal story and its historical one converge with enriching interplay and wide technical variety, introducing characters that range from Carolyn and her father to Italian physicist Enrico Fermi and Manhattan Project health physicist Herbert Parker. As a child of "Atomic City," Kathleen Flenniken brings to this tragedy the knowing perspective of an insider coupled with the art of a precise, unflinching, gifted poet.