The Invention of Heterosexual Culture (Hardcover) 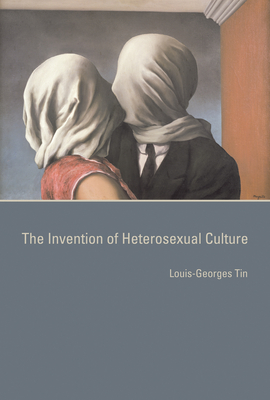 By Louis-Georges Tin
$9.99
Special Order from the publisher

The rise of heterosexual culture and the resistance it met from feudal lords, church fathers, and the medical profession.

Heterosexuality is celebrated--in film and television, in pop songs and opera, in literature and on greeting cards--and at the same time taken for granted. It is the cultural and sexual norm by default. And yet, as Louis-Georges Tin shows in The Invention of Heterosexual Culture, in premodern Europe heterosexuality was perceived as an alternative culture. The practice of heterosexuality may have been standard, but the symbolic primacy of the heterosexual couple was not. Tin maps the emergence of heterosexual culture in Western Europe and the significant resistance to it from feudal lords, church fathers, and the medical profession.

Tin writes that before the phenomenon of courtly love in the early twelfth century, the man-woman pairing had not been deemed a subject worthy of more than passing interest. As heterosexuality became a recurrent theme in art and literature, the nobility came to view it as a disruption of the feudal chivalric ethos of virility and male bonding. If feudal lords objected to the hetero in heterosexuality and what they saw as the associated dangers of weakness and effeminacy, the church took issue with the "sexuality," which threatened the Christian ethos of renunciation and divine love. Finally, the medical profession cast heterosexuality as pathology, warning of an epidemic of "lovesickness."

Louis-Georges Tin, born in Martinique and now living in Paris, lectures in the arts faculty at the University of Orleans. He is the editor of The Dictionary of Homophobia, the founder of the Paris-based IDAHO Committee, which coordinates International Day against Homophobia and Transphobia, and cofounder and spokesman for the Representative Council of Black Associations (CRAN).