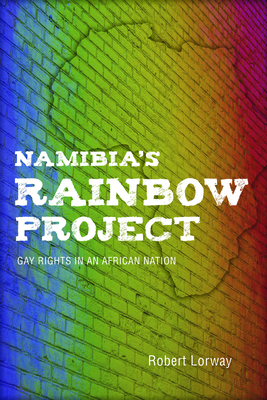 What are the consequences when international actors step in to protect LGBT people from discrimination with programs that treat their sexualities in isolation from the facts on the ground? Robert Lorway tells the story of the unexpected effects of The Rainbow Project (TRP), a LGBT rights program for young Namibians begun in response to President Nujoma's notorious hate speeches against homosexuals. Lorway highlights the unintended consequences of this program, many of which ran counter to the goals of local and international policy makers and organizers. He shows how TRP inadvertently diminished civil opportunities at the same time as it sought to empower youth to claim their place in Namibian culture and society. Tracking the fortunes of TRP over several years, Namibia's Rainbow Project poses questions about its effectiveness in the faces of class distinction and growing inequality. It also speaks to ongoing problems for Western sexual minority rights programs in Africa in the midst of political violence, heated debates over anti-discrimination laws, and government-sanctioned anti-homosexual rhetoric.

Robert Lorway is Assistant Professor of Community Health Sciences at the University of Manitoba where he holds a New Investigator Award from the Canadian Institutes of Health Research.