The Mourning After: Loss and Longing among Midcentury American Men (Paperback) 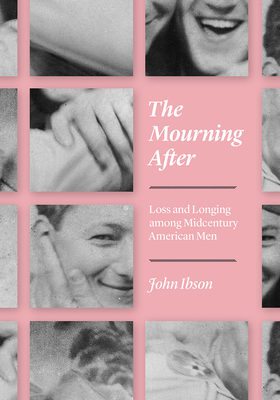 On the battlefields of World War II, with their fellow soldiers as the only shield between life and death, a generation of American men found themselves connecting with each other in new and profound ways. Back home after the war, however, these intimacies faced both scorn and vicious homophobia. The Mourning After makes sense of this cruel irony, telling the story of the unmeasured toll exacted upon generations of male friendships. John Ibson draws evidence from the contrasting views of male closeness depicted in WWII-era fiction by Gore Vidal and John Horne Burns, as well as from such wide-ranging sources as psychiatry texts, child development books, the memoirs of veterans’ children, and a slew of vernacular snapshots of happy male couples. In this sweeping reinterpretation of the postwar years, Ibson argues that a prolonged mourning for tenderness lost lay at the core of midcentury American masculinity, leaving far too many men with an unspoken ache that continued long after the fighting stopped, forever damaging their relationships with their wives, their children, and each other.

“Highly recommended. . . This thorough account of the development of homophobia opens with a chapter containing snapshots of men together before and after the war. . . . Ibson explains the role of midcentury psychology to pathologize homosexuality, as well as the norms of boy rearing to prevent it. Particularly accomplished are the sections on letters written by the children of veterans as well as the impact of homophobia on the Beat generation.”
— Choice

“A deep thinker and a lovely writer, John Ibson is unique in the field. . . . He develops a convincing and sympathetic portrayal of the crushing cost that boys and men—gay, queer, nonqueer alike—pay for narrow constructions of masculinity. . . . Ibson's work is a treasure that should be explored by all scholars.”
— Men and Masculinities

“In The Mourning After, John Ibson shows how the ghosts of these buddies haunted the postwar years and even today influence the ways in which American men relate to one another. . . . This is a heavily researched academic study, but the writing is always clear and at times moving.”
— The Gay and Lesbian Review

“A valuable addition to the growing historiographical literature on mid-century men.”
— The American Historical Review

“The Mourning After is a creatively researched and compellingly written exposition of American culture’s deep discomfort with affection between midcentury men. Just as important, Ibson is concerned with the consequences of this antipathy toward same-sex intimacy, for gay and straight men alike, and for their families. A profound and moving account.”
— Nicholas L. Syrett, University of Kansas

“The history of male same-sex intimacy and masculinity in the Second World War and its immediate aftermath is of great importance to American culture. With its many different sources—informal photographs, writings by John Horne Burns and Gore Vidal and their critical and popular reception, best-selling memoirs, films, and other published and unpublished writings—The Mourning After is a highly original book. Ibson’s writing is clear and accessible—a pleasure to read.”
— David Doyle, Southern Methodist University