All Those Strangers: The Art and Lives of James Baldwin (Hardcover) 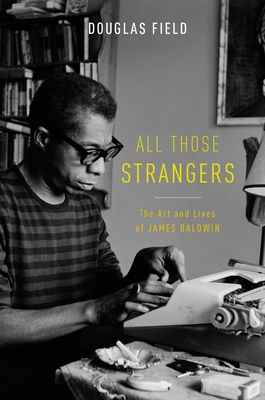 Adored by many, appalling to some, baffling still to others, few authors defy any single critical narrative to the confounding extent that James Baldwin manages. Was he a black or queer writer? Was he a religious or secular writer? Was he a spokesman for the civil rights movement or a champion of the individual? His critics, as disparate as his readership, endlessly wrestle with paradoxes, not just in his work but also in the life of a man who described himself as "all those strangers called Jimmy Baldwin" and who declared that "all theories are suspect." Viewing Baldwin through a cultural-historical lens alongside a more traditional literary critical approach, All Those Strangers examines how his fiction and nonfiction shaped and responded to key political and cultural developments in the United States from the 1940s to the 1980s. Showing how external forces molded Baldwin's personal, political, and psychological development, Douglas Field breaks through the established critical difficulties caused by Baldwin's geographical, ideological, and artistic multiplicity by analyzing his life and work against the radically transformative politics of his time. The book explores under-researched areas in Baldwin's life and work, including his relationship to the Left, his FBI files, and the significance of Africa in his writing, while also contributing to wider discussions about postwar US culture. Field deftly navigates key twentieth-century themes-the Cold War, African American literary history, conflicts between spirituality and organized religion, and transnationalism-to bring a number of isolated subjects into dialogue with each other. By exploring the paradoxes in Baldwin's development as a writer, rather than trying to fix his life and work into a single framework, All Those Strangers contradicts the accepted critical paradigm that Baldwin's life and work are too ambiguous to make sense of. By studying him as an individual and an artist in flux, Field reveals the manifold ways in which Baldwin's work develops and coheres.

Douglas Field is Lecturer in twentieth-century American literature at the University of Manchester. His previous books include A Historical Guide to James Baldwin and American Cold War Culture.