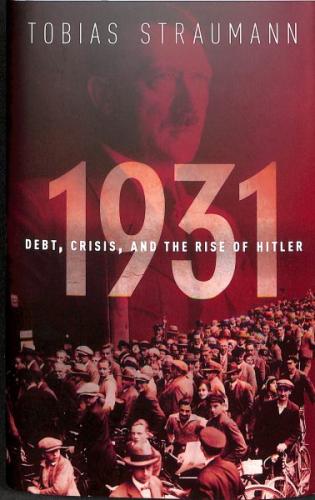 Germany's financial collapse in the summer of 1931 was one of the biggest economic catastrophes of modern history. It led to a global panic, brought down the international monetary system, and turned a worldwide recession into a prolonged depression. The German crisis also contributed decisively to the rise of Hitler. Soon after the crisis, the Nazi Party became the largest party of the country which paved the way for Hitler's eventual seizure of power in 1933. The reason for the financial collapse was Germany's large pile of foreign debt denominated in gold currency which condemned the government to cut spending, raise taxes, and lower wages in the middle of a worldwide recession. As the political resistance to this austerity policy grew, the German government began to question its debt obligations, prompting foreign investors to panic and sell their German assets. The resulting currency crisis led to the failure of the already weakened banking system and a partial sovereign default. Hitler managed to profit from the crisis, because he had been the most vocal critic of the reparation regime. As the financial system collapsed, his relentless attacks against foreign creditors and the alleged complicity of the German government resonated more than ever with the electorate. Sadly enough, Germany's creditors hesitated too long to take the wind out of Hitler's sails by offering debt relief. In 1931, Tobias Straumann reveals the story of the fatal crisis, demonstrating how a debt trap contributed to the rapid financial and political collapse of a European country, and to the rise of the Nazi Party.

Tobias Straumann is an Associate Professor of Economic History at the University of Zurich. He is a member of the European Historical Economics Society and the academic council of the European Association for Banking and Financial History. Straumann has widely published in the area oftwentieth-century European financial and monetary history, and is the author of Fixed Ideas of Money: Small States and Exchange Rate Regimes in Twentieth-Century Europe, and the co-author of The Value of Risk: Swiss Re and the History of Reinsurance.