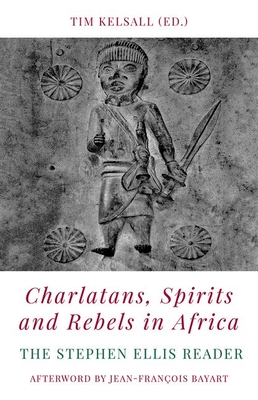 When Stephen Ellis died in July 2015, African Studies lost one of its most prolific, provocative and celebrated scholars. Given the scale and uniqueness of his contribution, it is perhaps surprising that a collection of his writings did not appear during his lifetime. It is now possible to bring such a volume to the public. With an introduction by Tim Kelsall and an afterword by Jean-Fran ois Bayart, this collection aims to provide scholars and students with an introduction to the main themes in Ellis' work. These revolved around the roles of religion, criminality and violence in African society and politics--preoccupations that also informed his interpretation of African rebellions and resistance movements. The volume spans more than three decades of scholarship; case studies from six countries; highly-cited and lesser-known articles; and a sampling of works intended for public engagement as well as an academic audience. It will serve as a reader for African Politics and
History, and as an invitation to students to delve deeper into Stephen Ellis' oeuvre.

Tim Kelsall is a senior research fellow at London's Overseas Development Institute. Specializing in political anthropology and political economy analysis, he has taught at Newcastle University and the University of Oxford. Between 2002 and 2006, he edited African Affairs, the Royal African Society's journal, with Stephen Ellis.