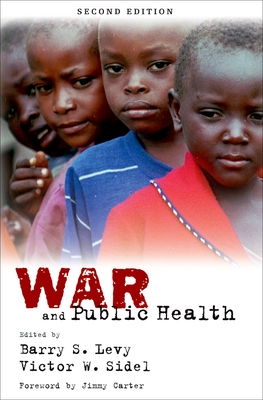 The first comprehensive examination of the relationship between war and public health, this book documents the public health consequences of war and describes what health professionals can do to minimize these consequences and even help prevent war altogether. It explores the effects of war on health, human rights, and the environment. The health and environmental impact of both conventional weapons and weapons of mass destruction--nuclear, chemical, and biological weapons--is described in chapters that cover the consequences of their production, testing, maintenance, use, and disposal. Separate chapters cover especially vulnerable populations, such as women, children, and refugees. In-depth descriptions of specific military conflicts, including the Vietnam War, the Persian Gulf War, and wars in Central America provide striking illustrations of the issues covered in other chapters. A series of chapters explores the roles of health professionals and of organizations during war, and in preventing war and its consequences. This revised second edition includes seven new chapters, including one on landmines by the Nobel Prize-winning founding director of the International Campaign to Ban Landmines. A wide range of individuals, including physicians, nurses, and other health professionals, will find this book enlightening and useful in their work. The book will be valuable for faculty and students in schools of public health, medicine, nursing, and other health professions. In addition, it will be useful to those working in the fields of law, economics, international studies, peace and conflict resolution, military studies, diplomacy, and sociology, and in related disciplines.