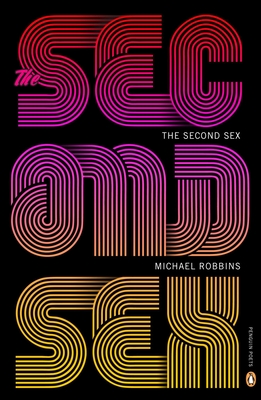 Upon its publication in 2012, Alien vs. Predator, the debut collection by Michael Robbins, became one of the hottest and most celebrated works of poetry in the country, winning acclaim for its startling freshness and originality, and leading critics to say that it was the most likely book in years to open up poetry to a new readership.
Robbins’s poems are strange, wonderful, wild, and irrationally exuberant, mashing up high and low culture with “a sky-blue originality of utterance” (The New York Times). The thirty-six new poems in The Second Sex carry over the music, attitude, hilarity, and vulgarity of Alien vs. Predator, while also working deeper autobiographical and political veins.

Michael Robbins now lives in New Jersey. He is the author of Walkman and two previous poetry collections, Alien vs. Predator and The Second Sex, and Equipment for Living: On Poetry and Pop Music, a volume of essays, as well as the editor of Margaret Cavendish, a selection of the duchess’s poems. He is an associate professor of English at Montclair State University.