The Doors of Perception and Heaven and Hell (Paperback) 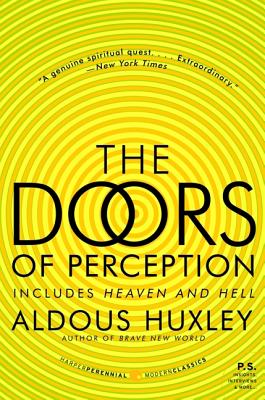 Among the most profound and influential explorations of mind-expanding psychedelic drugs ever written, here are two complete classic books—The Doors of Perception and Heaven and Hell—in which Aldous Huxley, author of Brave New World, reveals the mind's remote frontiers and the unmapped areas of human consciousness. This edition also features an additional essay, "Drugs That Shape Men's Minds," now included for the first time.

Aldous Huxley (1894–1963) is the author of the classic novels Brave New World, Island, Eyeless in Gaza, and The Genius and the Goddess, as well as such critically acclaimed nonfiction works as The Perennial Philosophy and The Doors of Perception. Born in Surrey, England, and educated at Oxford, he died in Los Angeles, California.

“Evocative, wise and, above all, humane, The Doors of Perception is a masterpiece” — Sunday Times (London)

“The book that launched a thousand trips.” — Daily Telegraph (London)